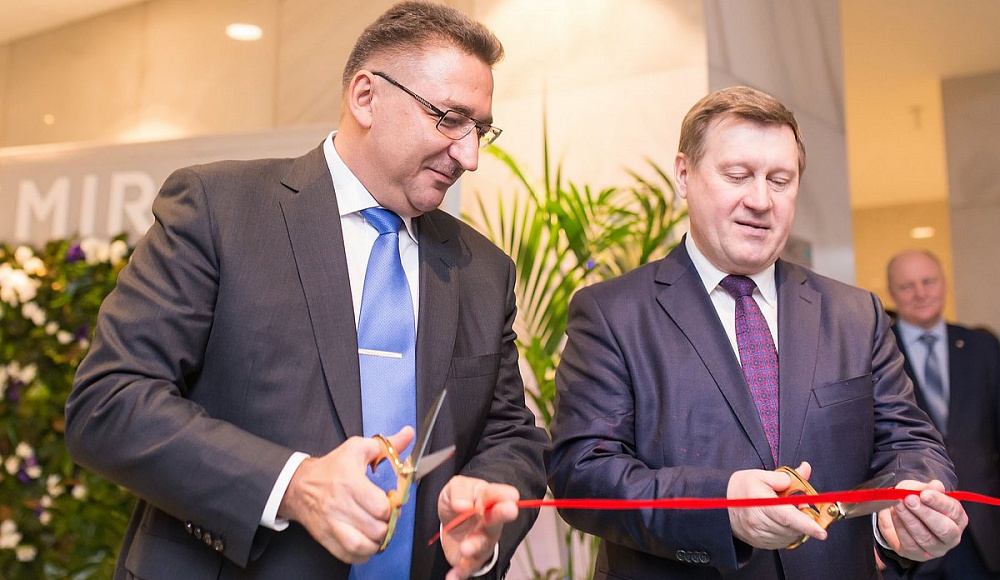 Mirotel Hotel was opened on January 31, 2017 with Novosibirsk mayor Anatoliy Lokot’ participation. Hotel room capacity – 111 rooms: 100 single/double rooms of Standard category, 8 De Luxe rooms, 3 De Luxe Apartment rooms. More than 150 corporate events were held in 3 Mirotel conference-rooms. During the year Mirotel Hotel has got the highest among Novosibirsk 4-star hotels rating – 9,5 out of 10 – by guest reviews on Booking.com and received its Guest Review Awards 2017. Also, according to Booking.com, the cleanliness is rated at 9,8 points and the staff – 9,7. More than 20,000 guests have stayed at Mirotel. In December, 2017, Mirotel CEO signed a long-term partnership agreement with Tolmachevo Airport management aimed at strategic collaboration. In addition, Mirotel is a finalist of the Russian Hospitality Awards for the Opening of the Year, the winner of which will be announced on February 19, 2018.
The Mirotel Hotel building comprises restaurants “Аdzhikinezhal”, “Drovamuka”, “Blackwood Coffee Roastery”, bottle shop & taproom “Barbara is waiting”, nightclub “Paris” and karaoke “Grand-Opera”. Mirotel Hotel General Manager Vladimir Nikov is also the vice-president of the Siberian Federation of Restaurateurs and Hoteliers. 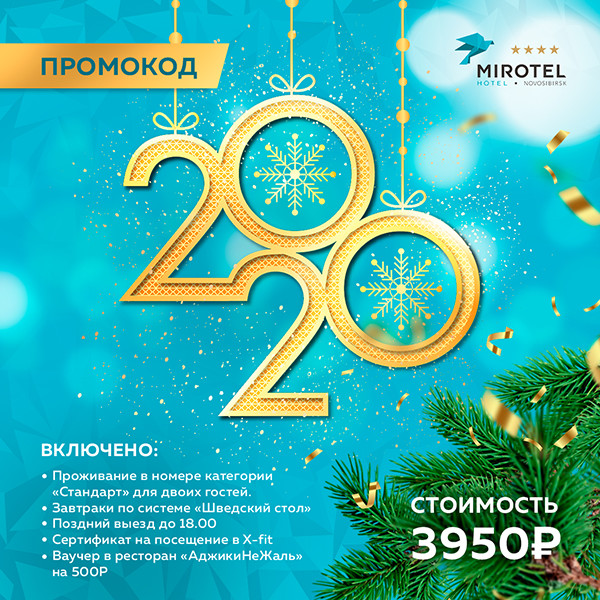 We use cookies to improve the way you interact with our website. By continuing to view this page, you are agreeing to use cookies. Learn more about our "Cookies Policy".
We use marketing cookies if you have given permission for this. If you do not give permission, advertisements will still be shown, but these are random advertisements. You can make your choice below.